Auroa Primary School for 2015 created a modern program for Technology for students - a series of lessons were created for Robotics, E-Textiles, Woodwork and 3D Printing.  The School website has details of the program that the students are involved in, with examples of each.   Each of the students have had the opportunity to work on Friday from 9am to 2:00pm for five week blocks. The final activity for the students was a free design activity allowing students to create an original piece of 3D Printing Work.

Students managed the entire process themselves - in this example on this page the student concerned had an interest in Golf.  The student created a model of an Egg Cup with a Golf Theme, created the model digitally using Tinkercad and then created a draft print.  The original print was not successful as the cup was not balanced enough to hold a regular hard boiled egg.  The student redesigned the cup portion of the cup ensuring the base was larger and was then able to complete a successful print.   The original print was a draft setting.

The detail was added to include the indentation the grass design on the base and the Tee/Cup design.    The student was able to complete this on the second print.  The time allocation of print was eight hours on the 'Fast Print Setting'.
Posted by M Webb at 11:05 AM 2 comments: 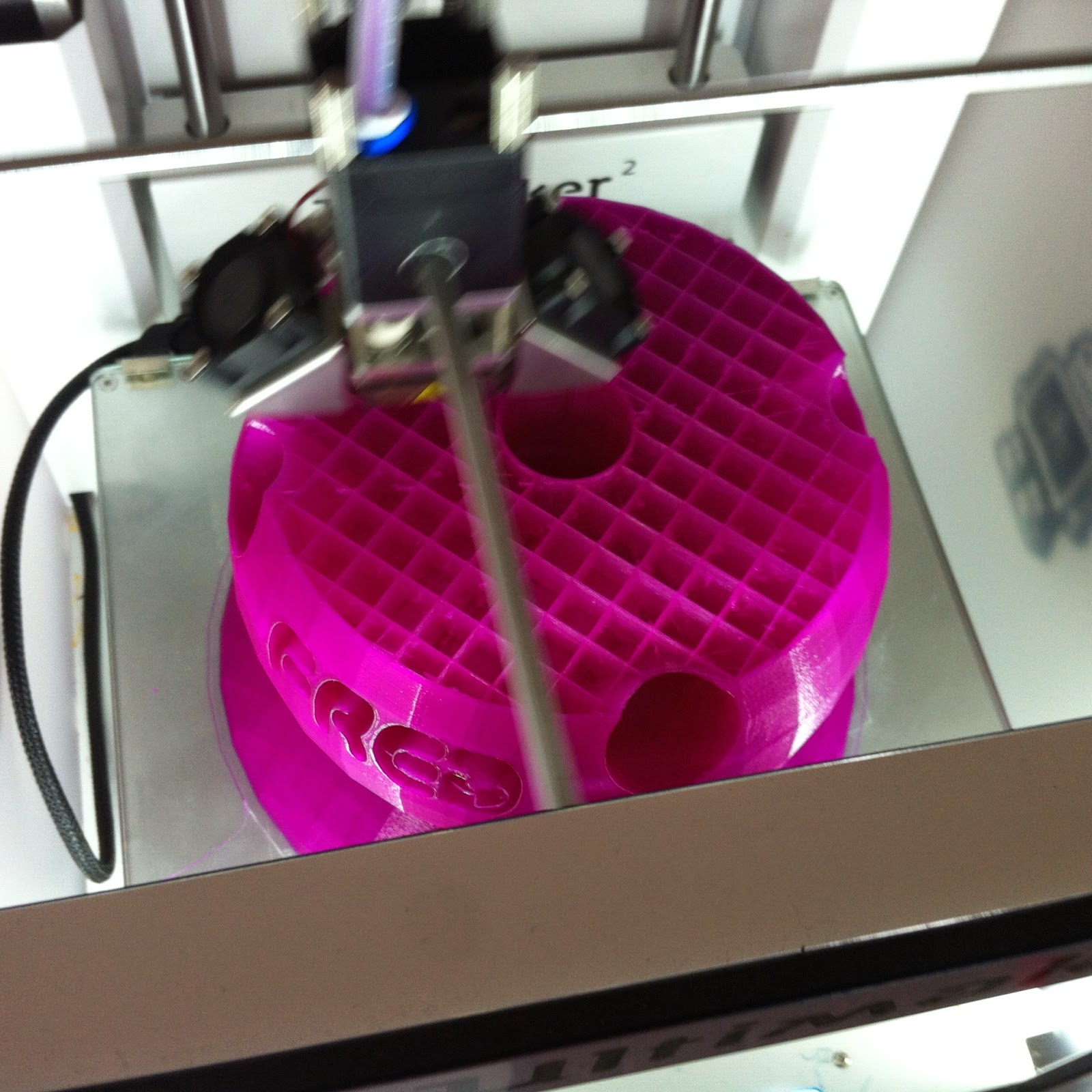 Learning Challenge: As part of the student projects for Technology for Y7/Y8 students at Auroa Primary School in New Zealand students had a design option for the final block of time in class.  Students had to plan, create manufacture a free design option - the student in this case choose to create a Kitchen Utility Holder, however the dimensions of the object, which were approximately 30cm cubed meant this was the single biggest print to date.

Background:  Auroa Primary School has put online its digital learning for the use of 3D Printers.  You can view that by clicking on the link here.  As mentioned above this design came in the final part of the 3D Print Design Process, however it was significant that this was the largest single print attempted thus far.

Task: A free design task for students, however it was not an 'open' task as students had to design, create and follow a process. 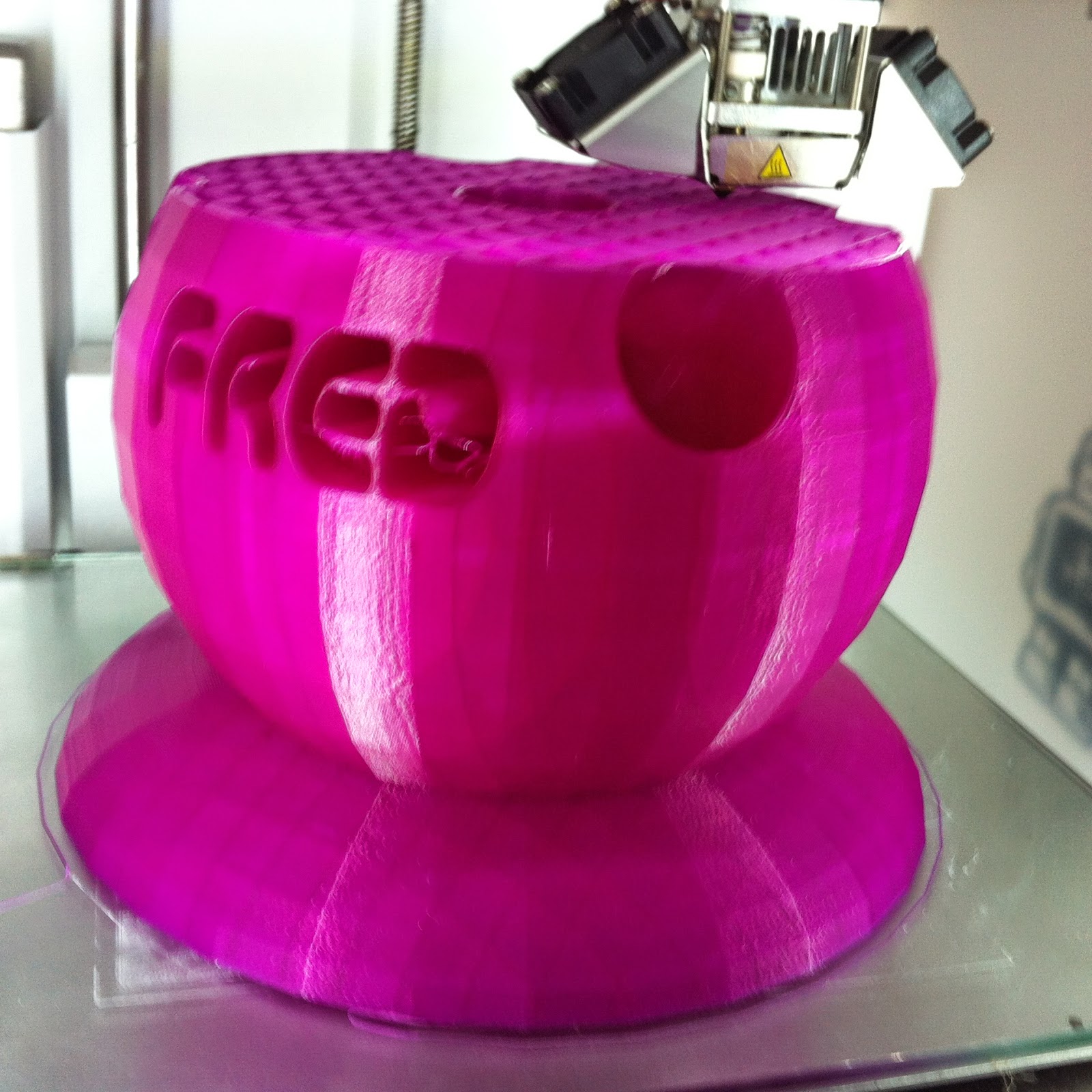 Issues: The inserts into some of the utility holder were vertical, this meant that the primary one worked well, however the angle on the other ones should have been tested with various kitchen items to ensure that they would work with a variety of items.   Wooden spoons for instance would sit well in the main well, however the angle of the outside holders had meant that would not work.

Timeframe: This print took 39 hours to complete on a regular setting.  It wasn't clear prior to the print whether or not it would be achievable.  Given the time that was projected being so long the concern was that the print would not smoothly print at some point early in the piece preventing the print from completing.  As it turned out this was unfounded.  It printed perfectly.

Process: Paper design, converted and created in Tinkercad.  Converted from Tinkercad into Cura and then downloaded for 3D Printing.   The student had not apparently intended the design to be as big as it was.