Challenge - previously on this site we have detailed the design and creation of various desk organisers for students to use to keep their stationary.  These have been individualised by the students and we were looking at an eight hour or so print time.  We also decided to encourage the students to look at producing smaller versions.  This item came out of this process.
Background: Student based her design on similar designs from other students in the classroom.  She focussed on individualising it by having her name sunken into the base of the object. 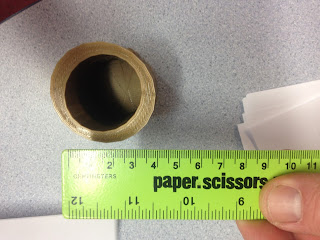 Level of Difficulty: Medium the student letter and font was made as part of the shape and the shape itself was oval.  Not all the letters were able to be sunken to the same depth due to the design.
Size: The student organiser was 10cm heigh with a base of 6cm across.
Timeframe: Four hours - this was halving the time for the larger pieces.
Process: Student was producing her first next design using Tinkercad following a name plate.  She was clearly influenced by this design in the series, however the size aspect of it made it unique.
What we would do differently: The students object was limited by what it was able to hold as a result of its size.  The lettering worked extremely well and the student was able to produce this independently.  As a consequence she was thrilled with the design and able to produce an object that she was proud of.
Posted by M Webb at 3:52 PM